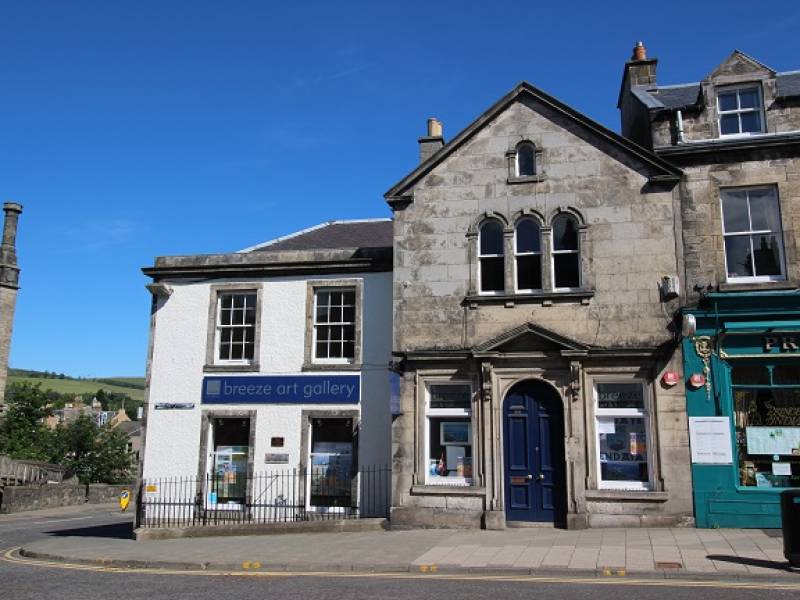 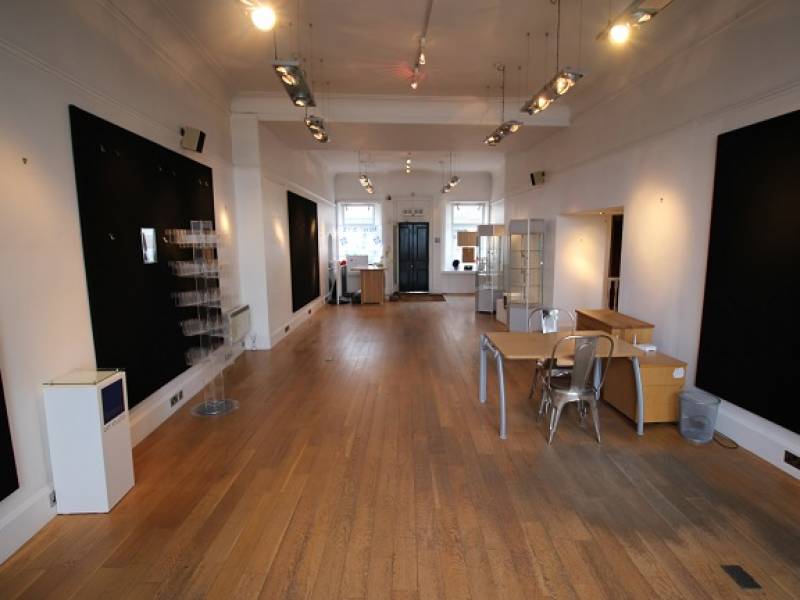 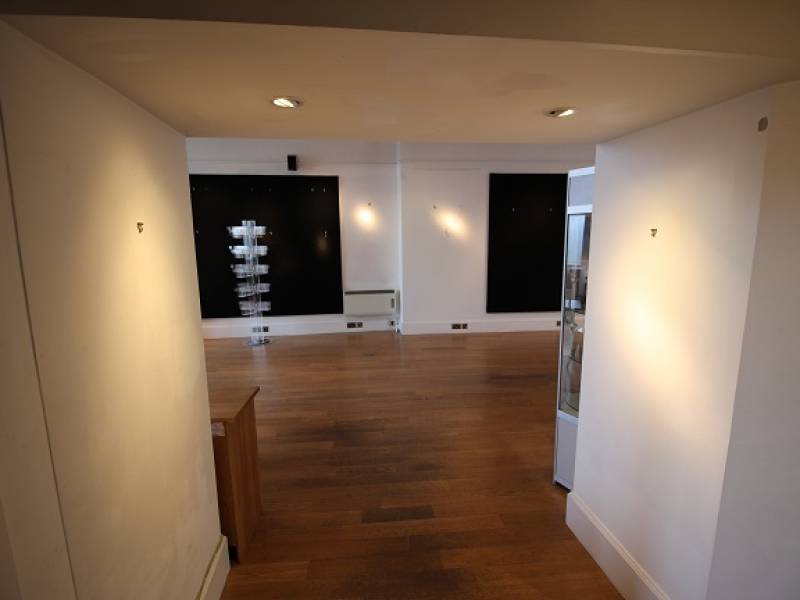 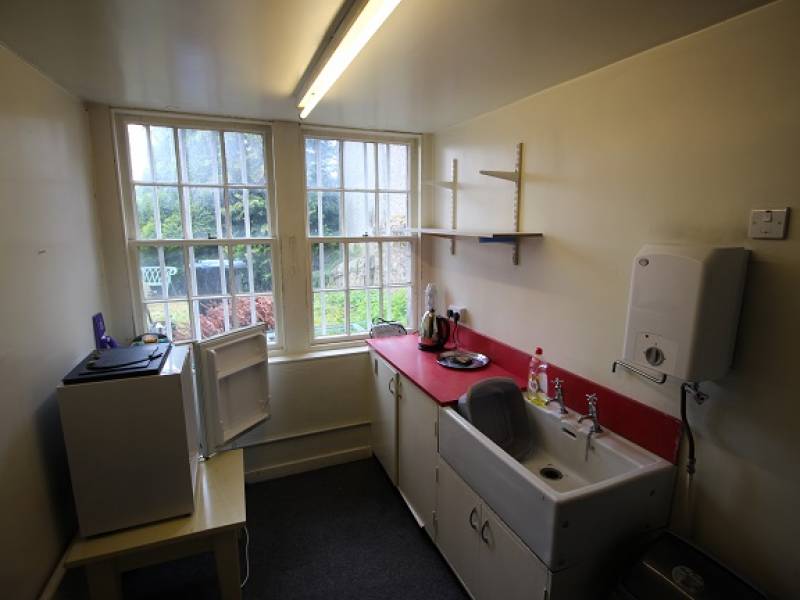 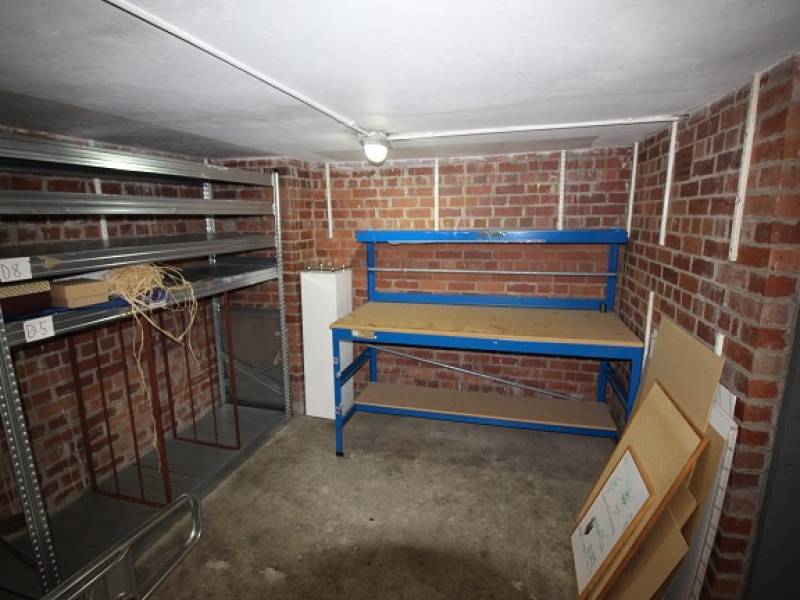 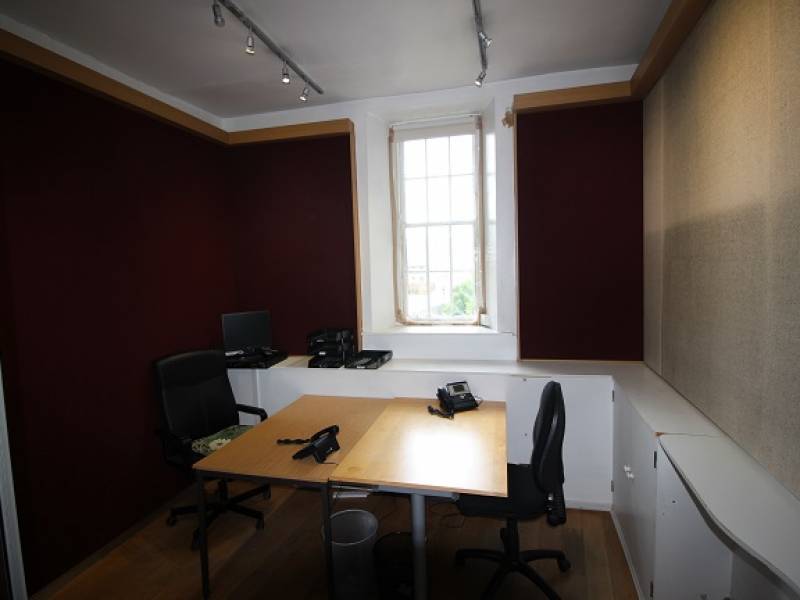 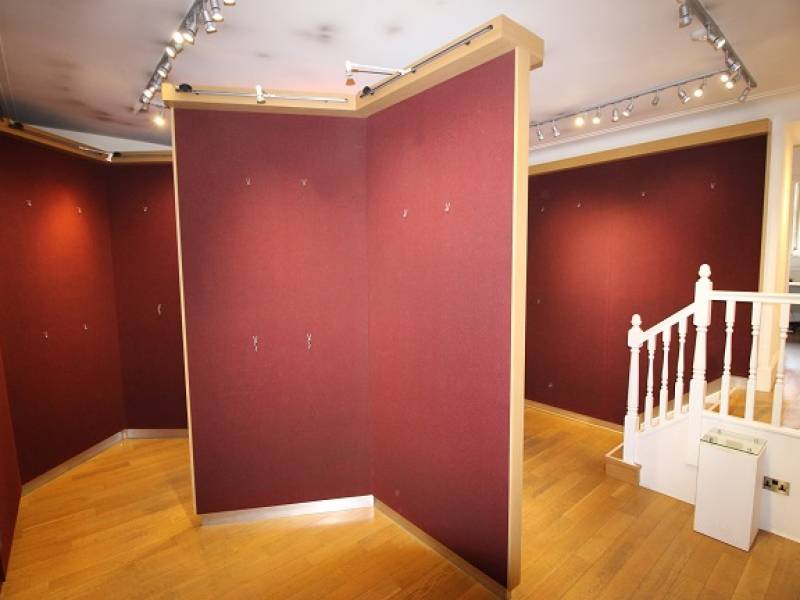 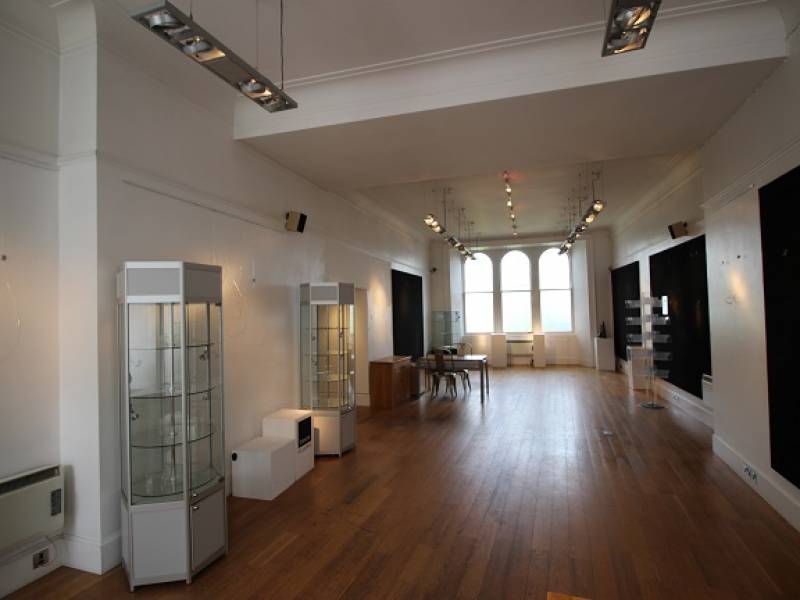 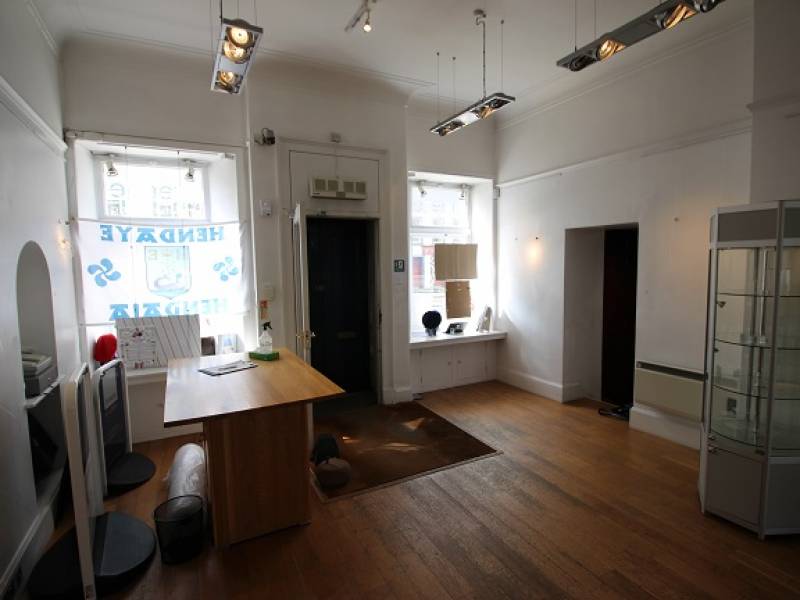 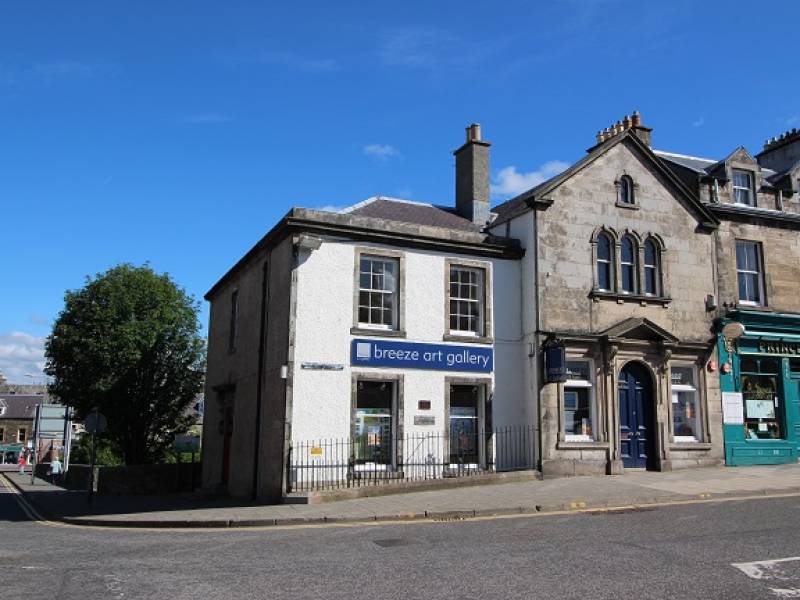 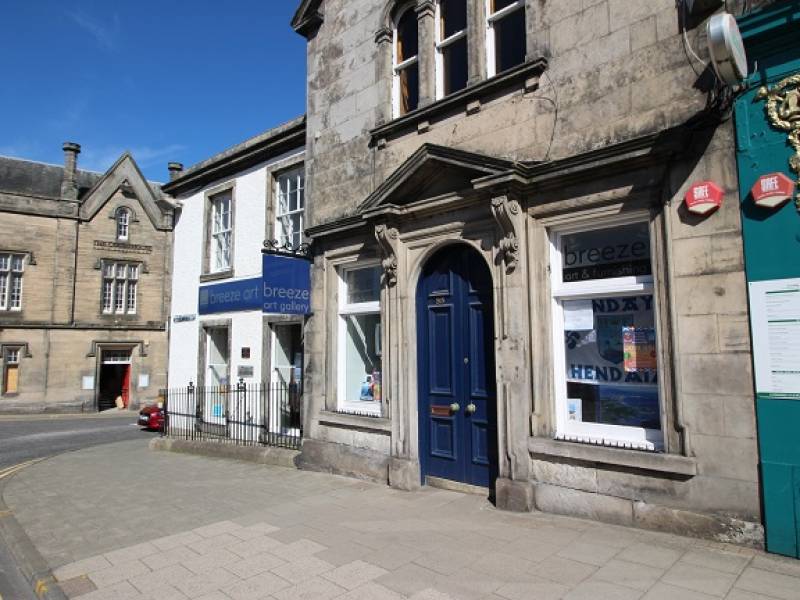 To Let: A retail opportunity in a popular Scottish Borders town

The subjects comprise a former art gallery configured over ground and lower ground stretching across two B-listed buildings of cream sandstone and harled construction. Dating back to the late 1800s, it was previously a bank branch and, in fact, the former vault still remains in the basement along with a number of other original features. Internally, the ground floor is split into three distinct retail areas. At the entrance there is an open plan gallery space which enjoys dual aspect and high corniced ceilings. Where the buildings inter-connect a small change in level takes you down a set of steps to two further front and rear gallery spaces. The space generally benefits from large windows providing plenty of natural light. The lower ground level, meanwhile, provides ancillary accommodation primarily for storage but also staff facilities. There is an office,tea-prep/ staff mess, WC, store and the former vault.

Peebles is a town in the Scottish Borders situated on the banks of the River Tweed approximately 25 miles south of Edinburgh city centre and 18 miles east of Galashiels. The town is not only a popular location for commuters traveling to Edinburgh but is also a favoured destination for tourists due to the surrounding countryside walks and some of the best trails in the UK for mountain biking. The subjects are located at the west end of the High Street, on its north side, on the corner with Cuddy Bridge. It is accessed off the High Street and benefits from multiple window frontages to capture passing trade. There are a range of national and local occupiers in the immediate vicinity including Bank of Scotland, TSB, Semi Chem, William Purves Funeral Directors and Cocoa Black.

Our client is seeking rental offers around £23,000 per annum to grant a new lease.

The subjects are made available on the basis of a new full repairing and insuring (FRI) lease for a term to be agreed.

According to the Scottish Assessor’s website (www.saa.gov.uk) the subjects have a Rateable Value of £25,100 effective 1st April 2017. The uniform business rate for the current year is 49 pence in the pound. Occupiers may be eligible for 100% rates relief through the Small Business Bonus Scheme if the combined rateable value of all their business premises in Scotland is £35,000 or less.

The property is served by mains electricity and water. Heating is supplied by wall mounted electric heaters.

Each party shall bear their own legal costs with the eventual tenant liable for any LBTT and Registration Dues. Upon completion of a formal missive under Scots Law.

*tap and tap to adjust the price range slider 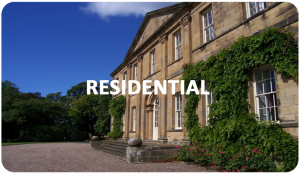 Your house is many things to you – “bricks and mortar”; an investment; a roof over your head. But most importantly, it is home. Whatever residential service we provide, we recognise this. It is personal to you and we make sure it is personal to us. 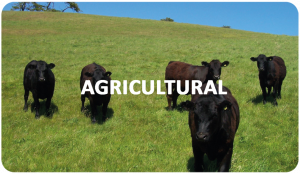 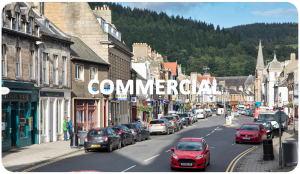 Whether an investment; a place of work; a future development, your property needs to work hard for you. The income it provides or space to trade from is key to you and your future. We make sure that your business is our business.